Before exploring why and how Christian families can prepare their children to face persecution, it’s important to note that persecution is the consequence, even the hallmark, of “successful Christianity”. Persecution exists wherever the gospel is being shared. In fact, every instance of persecution in the Bible, whether it was directed at Jesus or at his followers, was always and only ever linked to a public profession of faith or an outworking of faith in the community – that is, the church.

Open Doors have been working with the most persecuted of Christians the world over since 1955, so we’ve had the opportunity to distil many lessons from people who’ve paid a real price for their faith.

Our point of difference as a charity is that we don’t exist to end the cause which we serve. Conversely, by supporting the work of Open Doors you prolong suffering for people, because we help them to remain courageously close to Jesus – no matter the cost.

The challenge we face is that Jesus has too often been misrepresented as a blend of Superman and Santa Claus. This is done out of well-intentioned efforts to make him appealing to more people. However, the unintended consequence is that people misunderstand the cost of faith. Yes, salvation is free – but it will cost you everything.

The Bible is clear that Jesus paid the supreme cost for our redemption. As 1 Peter 2:24 says:

“He himself bore our sins in his body on the tree, that we might die to sin and live to righteousness. By his wounds you have been healed.”

Those who recognise Jesus as their Lord and Saviour are in turn called to pay a price. As Paul entreats the church in Romans 12:1:

“Therefore, I urge you, brothers and sisters, in view of God’s mercy, to offer your bodies as a living sacrifice, holy and pleasing to God—this is your true and proper worship.”

Looking at the world, some of the largest shifts in religious freedom in the next two decades will be in western nations.

Never has it been more important to help our children understand the true cost of following Jesus. They need to grasp the infinite worth of knowing Christ while recognising that everyone who chooses to follow him will be called to pay a price. 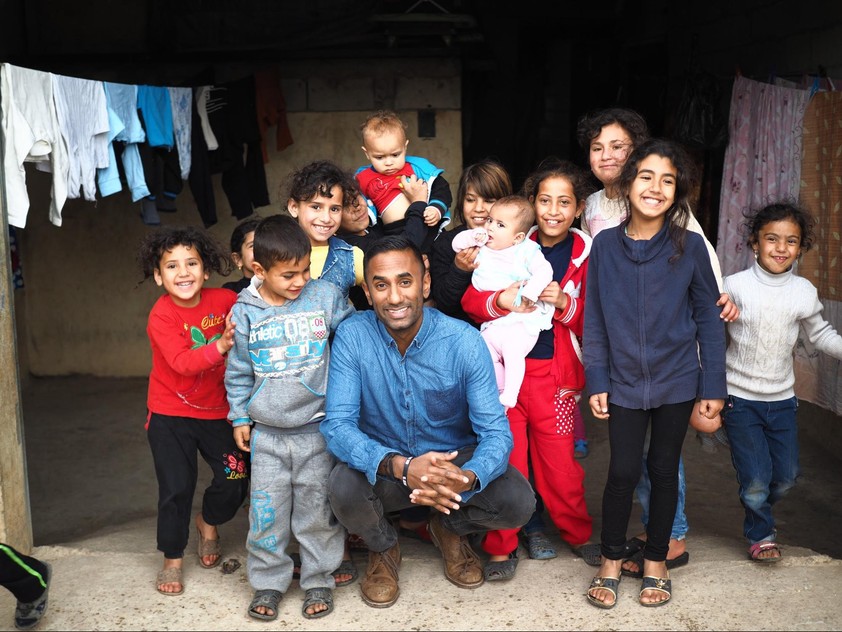 The smash and the squeeze: defining persecution

It’s vital that children have a true understanding of what persecution is, and what it isn’t. We need to be very careful about putting what we’re experiencing now under the banner of persecution.

To dispel some of the great misunderstandings about persecution, it’s important to note that:

We are unlikely to have a situation like that in the Middle East, where violent acts of persecution plague peoples’ faith walk. It’s far more likely that we will have a government or a political bias that sees the suppression of faith in the public square.

We’re already seeing religion being taken out of public discourse across all faiths, not just Christianity. In our experience at Open Doors, this method of suppressing faith is far more effective. In the west, it may become far more prominent over the next two decades.

Some suggestions for preparing your children to face persecution

It’s important not to despair over societal changes that we have little control over. Instead, Christian families can be intentional about training and equipping their children to draw close to Jesus and withstand the challenge. Here’s some suggestions for preparing your children for persecution, rather than protecting them from it.

In Central Asia, between China and the Middle East, it is illegal to preach the gospel to anyone under the age of 16. If pastors are caught with even a colouring sheet with a Bible verse on it, they can be charged with religious extremism and sent to prison for three years.

I learnt a powerful lesson visiting that part of the world to see my friend Ozod. He was the senior pastor of a small underground church. It was my third time being in his church and on this occasion, I noticed he wasn’t leading the service. After the service started, Ozod asked all the children to stand and he led them out.

I thought to myself that’s strange. I must talk to him about it later.

“I stepped down from running the church to run the kids’ ministry because if anyone’s going to go to jail, it will be me.”

As Ozod pointed to his 8-year-old grandson, he said, “Right there is the single most valuable investment I can make into the future of faith in our nation. I would go to jail any day of the week for that.”

The future of faith doesn’t fall on the shoulders of the people who have gone before us. It falls on the ones who follow us, so never underestimate the value of the next generation.

2. Teach them who Jesus is and the cost of following him

It’s vital that we grow the next generation with an accurate understanding of who Jesus is and the cost of following him. When Jesus is marginalised as a mixture between Superman and Santa Claus, as soon as struggles or suffering come – and they will come – people’s faith often falls to the wayside.

To counteract this, our young people need a true and accurate understanding of who Jesus is and of his promises for those who trust in him.

Ozod’s 8-year-old grandson is a wonderful example of training our children this way. He can tell you every book of the Bible. I chose at random five books each from the Old Testament and the New, and he told me how many chapters were in each.

My fear is that in western cultures we often leave people knowing of Jesus but not truly knowing him. Let’s encourage our young people to develop a deep, authentic faith based on an intimate relationship with Jesus and sound knowledge of his Word.

I always say you can’t lead it unless you live it. Parents must model the courageous style of faith they want to see in their children.

Again, Ozod is a great example. He stepped away from a senior pastor role to run the children’s ministry. He is willing to risk going to jail. He said to me, “Mike, we look at reading the Bible as our opportunity to walk hand in hand with God himself through the Garden of Eden. Why wouldn’t you wake up every day and want to have that opportunity?”

I could have seven Bibles on my shelf or 20 versions on my phone, so why do I find it so hard to have my daily moment of walking hand in hand with God himself through the Garden of Eden?

Too often, when trial or struggle comes, we wonder where God is. But the truth is that God is exactly where he was before.

We need to stop measuring our proximity to God based on his provision of safety. In a place of uncertainty, we need to stop asking God where he is. God is right there next to us – regardless of whether we are living in relative safety or experiencing persecution for our faith.

As Jesus said to his disciples shortly before going to the cross:

“I have told you these things, so that in me you may have peace. In this world you will have trouble. But take heart! I have overcome the world.” (John 16:33)

Don't risk missing the next one.

Before you head off

Sign up to receive monthly news, blog posts and podcasts from ACC.